We are excited once again to announce further expansion in our presence in Europe with the hiring of Guido Grefen as Technical Account Manager. Guido is not new to the StayLinked approach. In fact, he was responsible for designing, implementing, and supporting the very first StayLinked installations in Europe while at Rodata, a value-added reseller specializing in AutoID. While at Rodata, Guido maintained strong connections with StayLinked for an extensive period of time, working with StayLinked and Psion Teklogix while they were OEM partners.

Responding to our ever-increasing global customer base, we are excited to announce that StayLinked has entered into a strategic distribution agreement with Singapore-based Link SC as a key element of its AsiaPac expansion strategy.

We are excited to announce further expansion in our presence in Europe with the hiring of Christian Blunschi as Technical Account Manager. Christian has more than 20 years experience in Information Technology and supply chain software solutions, most recently at Lenovo assisting enterprise-level customers with client deployments. Prior to his stint with Lenovo, Christian was the 2014 Global Sales Engineer of the Year at Wavelink.

StayLinked Live in Toronto, November 3 - The Future of Terminal Emulation is Now! For over two decades, Terminal Emulation (TE) has been the go-to technology for connecting mobile devices in a fast and reliable manner to server-side, mission-critical applications. In recent years, however, enterprises have been searching for applications with a more modern, intuitive, and graphics-rich user experience. There has been an effort to replace TE with newer technologies, but these web-based and fat-client applications, unfortunately, introduce great risk, expense and significant performance and latency issues to business processes. Virtually all of us have technology integrated into our daily lives. Smartphones have replaced traditional cell phones and are used for everything from video conferences to reminder alarms or researching reports. Available apps for phones running iOS, Android, and, soon, Microsoft Windows 10 Mobile make understanding how to take full advantage of smartphones even easier. In fact, many times the impetus for a business related app is an app or service first targeted at the mass consumer market. It is mind-boggling how many apps are available for these and other platforms leading to today's world in which entire business enterprises and departments within them could not function without mobile devices and applications concieved in the consumer markets.

Innovation and Rugged Mobility in the Warehouse Industry Rugged mobile technology is a phrase that IT professionals use to describe hardware made for use in harsh environments and/or conditions. There are three forms of rugged technology. They are Semi-rugged, Fully-rugged, and Ultra-rugged

The levels are shorthand for a product's ability to withstand vibration, drops, immersion in water, dust, and extreme temperatures There is no standard definition for the three descriptions and for many companies the extent of ruggedness is whatever the device manufacturer's marketing department claims.

Manufacturers, in an attempt to prove their equipment meets end user requirements, use these three standards most commonly: temperature range, the Ingress Protection Code (IP), and Military Standard 810G. For use in warehouses, semi-rugged hardened devices see the most use. Semi-rugged devices are basically hardened commercial off-the-shelf (COTS) devices. The internal components are the same as consumer devices but have better protection.

We are very excited to announce that we have opened our European headquarters in Oxfordshire, England.  Padraig Regan has been hired as our European General Manager. Padraig has more than 25 years experience in software innovation, most recently as CTO of B2M Solutions, a thought-leading software company based in the United Kingdom specializing in delivering real-time, business-centric analytics for mobile devices. 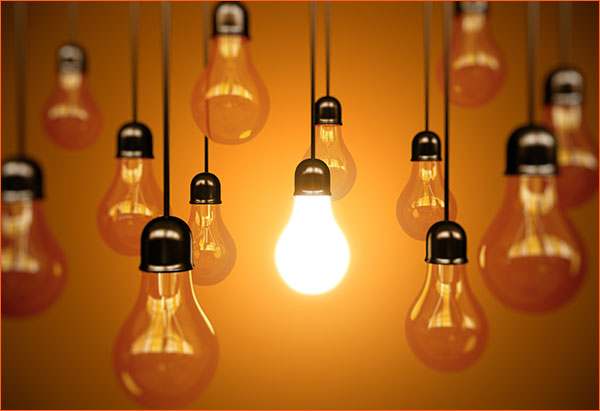 All of these TED Talks illustrate the power of innovation and its many sources. Some of these are direct examples of Supply Chain Management, while some are concerned with creative problem solving. We could all benefit from a little more innovation and successful problem solving in our professional – not to mention personal – pursuits.

Welcome to the New StayLinked Blog

And thank you for visiting.  We know that your time is valuable, and we hope that that the information we provide here will make your visits worthwhile.