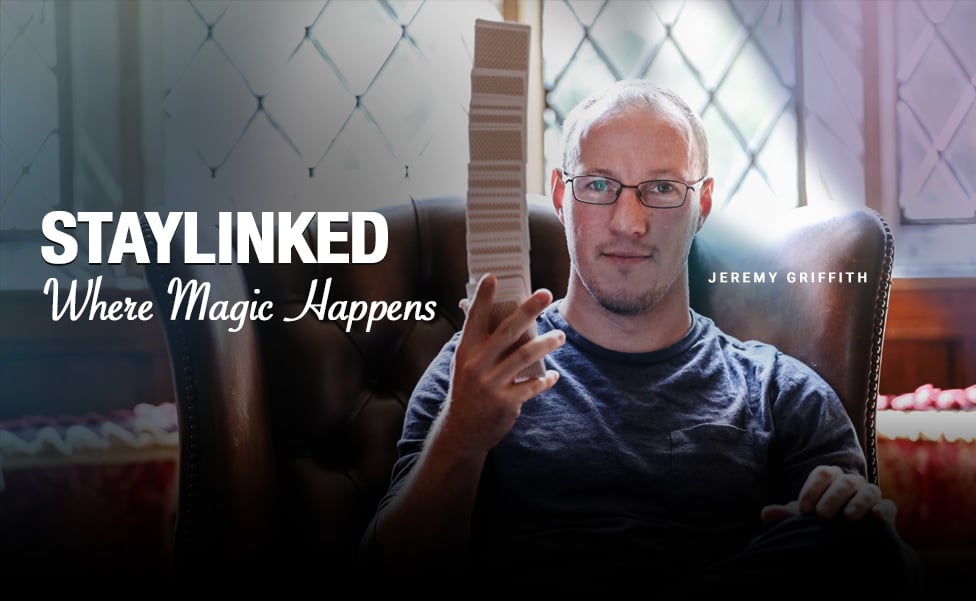 The first time I met Jeremy, we were on our way to lunch. He was wearing a short-sleeved t-shirt and we were discussing our mutual interest of sleight-of-hand magic, the up-close and personal kind that, when done by a pro, can leave the onlooker speechless. To illustrate a point he was making, he produced a full deck of cards seemingly out of nowhere. I really couldn’t follow his point because I was still scratching my head, wondering where the deck of cards had come from.

Once I'd composed myself, he showed me a classic illusion: It was the famous trick from The Professor, Dai Vernon, that fooled the legendary Harry Houdini himself. It's a seemingly simple trick, where the top card is placed somewhere in the deck, then, before your eyes, the card is revealed from the top of the deck. Jeremy showed me the trick repeatedly, as slowly as he could, explaining what he was doing step-by-step. (You can watch Dai Vernon perform the trick here.) It was an indelible moment for me, to see someone so talented perform something so astonishing, inches away from my disbelieving eyes.

The Headsnapper: Software and Sleight-of-Hand

“Mastering sleight-of-hand requires constant repetition,” he says. “And just as there is in software, a trick contains many moving parts that all have to work together in order to achieve a desired outcome. You may practice a small move thousands and thousands of times, trying to find perfection. There's a term in sleight-of-hand known as the 'headsnapper'. It's when the spectator realizes that something odd just happened. They didn't necessarily uncover the secret of the trick, but they know that 'something not-quite-right' took place and it compromises the illusion. Great code, like a great trick, avoids this misstep. If you're going through the process of software configuration and there are too many steps, or something doesn't feel quite right, that's a headsnapper."

"You're in a constant search for ways to make it better," he continues. "You're always striving for a seamless experience. The same can be said of software testing. We try to anticipate what the user might do or think, to make sure we have the most reliable software available. What happens if I do this, or what if I throw an emoji in this field? We're trying to make all these moving parts work together for a desired effect. In this case, that desired effect is a software platform that performs exactly as intended.” 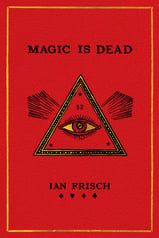 In February, HarperCollins' Dey Street Books released, “Magic Is Dead: My Journey into the World's Most Secretive Society of Magicians” by Ian Frisch. The book details the author's foray into the realm of sleight-of-hand as he makes his way around the world with an underground group of magicians, known as 'the52'. One of the magicians featured is Jeremy himself, right there on page 2, introduced to the reader as "the card junkie from Los Angeles".

In one scene, Jeremy and the author visit the world-famous Academy of Magical Arts, The Magic Castle, in Hollywood, California. It's a place Jeremy knows well, having grown up as a member of the institution which sits less than 50 miles from his home. Inside the Magic Castle are professional and amateur magicians performing a variety of illusions as odd things transpire throughout, including an invisible "ghost" piano player that takes requests.

"My Dad, (Dave Griffith) who started StayLinked, was a magician's assistant," he says. "I started performing when I was 7-years old and my Dad was setting up opportunities for me to perform. He was very supportive. In junior high, we started applying for clubs outside of school. As I progressed, he encouraged me to audition for the Magic Castle at the ripe old age of 14. He was the one who was pressing me to do better, pointing things out that could enhance my performance, and he was the one driving me from Orange County to Hollywood and back."

His father's passion for magic was also something that wasn't revealed to Jeremy until much later. "Looking back, it seems obvious, but I never knew about this aspect of his life, his appreciation for magic, until after he'd passed away."

Jeremy's brother, Justin Griffith, CTO at StayLinked is arguably his biggest fan. “Performing is a very vulnerable position," he says. "You’re on display, and you’re obviously trying to have everything go well. Sometimes it doesn’t and you’ve got to take feedback and rework it. In much the same way, a person writing code is putting themselves out there for the company and, eventually, our customers to see. I’ve always marveled at Jeremy’s ability to focus on a thing for hours on end and practice something until it’s perfect. It gives Jeremy a strong sense of empathy in his communication with developers not typically found in the QA profession."

For StayLinked customers, you've seen some of Jeremy's work in action every time you successfully launch a Terminal Emulation session. But if you've never seen Jeremy perform a sleight-of-hand maneuver, it is a piece of performance art you won't soon forget. In the video below, Jeremy explains a little bit about the challenges he faces, his approach, and he does some pretty confounding things with a deck of cards.

It is also worth mentioning that Jeremy Griffith is one of the kindest people you'll meet, and punctuates his demeanor with a wonderfully disarming and self-effacing sense of humor. And, if find yourself in the StayLinked office in Irvine, California, for StayLinked Training or Certification, you may find yourself amazed in more ways than you might have expected.

You can follow Jeremy on Instagram at @lost_angelus to see more of his phenomenal sleight-of-hand performances. Here's a post with some of the highlights of recent performances:

StayLinked is proud to deliver the training and classes your team needs to take Terminal Emulation solutions to the next level. Courses are available online or by scheduling a visit to your offices. Technical training is available in multiple levels, with certification for three different tiers:

System Engineer - The most technically advanced representative of the StayLinked solution and all of the most advanced features and diagnostics.

HERE FOR MORE INFO ON  CERTIFICATION