On the surface, this seems to be a valid assumption, but the truth is, there have been options available to migrate to Android for several years now. Global Android adoption has been nothing short of astounding. Back in 2009, Android was loaded on 1.6% of mobile devices in a landscape that included several other OS platforms such as Symbian, iOS and multiple offerings from Microsoft. In less than 10 years, Android has evolved in a marketplace to become the OS of choice on almost 90% of all mobile devices. With such an uptake rate, the idea that Android adoption is the key roadblock to device adoption seems absurd.

The single most disruptive event to the rugged mobile device space has been the increased adoption by manufacturers of the full-touch device. Devices that for decades have relied on a hardware keyboard for efficient and reliable operation of text-based host applications have had their keyboards removed and replaced with a touch screen. Admittedly, modern touch capability has never been better with incredibly responsive, multi touch and gesture capable hardware but the challenge remains that to operate a text-based app, you still need a keyboard to navigate menus and input data.

Various Strategies to Approach the Problem

Custom mobile apps remove the need for terminal emulation and allow the customer to tailor the application to suit them. The problem with this is that with Transport and Logistics profit margins being squeezed more and more, there is little left over to hire a software development team that can deal with the complexity of migrating a terminal emulation application to a mobile app not to mention the massive additional infrastructure cost and the time required.

Another approach would be to use one of the currently available terminal emulation packages to ‘modernize’ the telnet screens and make them appear graphical. Again, this can be time-consuming and because it relies on screen recognition, forces the customer to keep their systems relatively static. A small change to the hosted application can render the ‘modernized’ app virtually useless until a fix has been implemented. Any halt in production is, simply put, unacceptable.

Modernizing an app purely for the purpose of appearing more in-tune with the mobile apps of today is not the best strategy for most applications.

The Terminal Emulation Screen Does Not Represent the Challenge

Workers are aware of what is on the screen and how to respond. We do not need to change the appearance. What we do need, since the keyboard has been removed, is to eliminate the need for the keyboard. StayLinked Terminal Emulation has an incredibly flexible range of features that help to achieve this. By presenting users with the same screens that they know but removing the reliance on the keyboard, StayLinked can help customers realize the move to Android on a touch only form factor as well as improve productivity. StayLinked does this with a range of features such as Dynamic Text recognition and Smart Tiles. 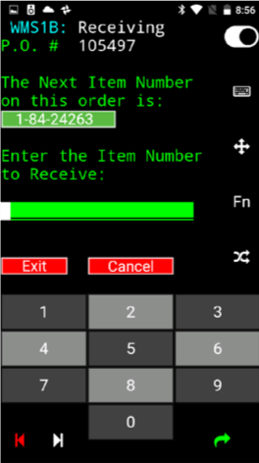 The screenshot above demonstrates a 16 x 24 hosted telnet application that has been ‘touch-enabled’. Specific text strings have been recognized and turned into touchable areas or buttons dynamically. This is called Smart Tapspots. Functions that previously required a function keyboard are now single tap buttons. There is no need to know or even care about the function key below the actual button. StayLinked takes care of that. A number pad then provides the most used keys as well as shortcuts to an alpha keyboard, cursors and function keys. This is called SmartTiles. 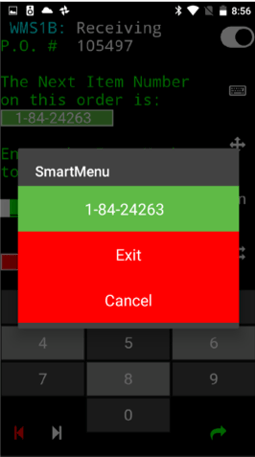 The SmartMenu feature, displayed above, provides another level of accuracy when using a touch screen by taking all recognized dynamic buttons and presenting them in an easy to touch list.

With Smart Tapspots, SmartTiles and SmartMenu, this application has been ‘touch enabled’ without a single screen having been captured and re-designed.

Full screen re-design is, of course, also included in the StayLinked toolkit but there is now an option to mix and match and only design the screens that make sense while ‘touch-enabling’ the rest of the application.

Session persistence is baked right into the core product giving you have the most reliable, most flexible Terminal Emulation product bar none with a speed of implementation that cannot be matched.

By using the features mentioned above, we can touch-enable a standard Terminal Emulation application in a couple of hours.

TapSpots and the Power of Pattern Recognition

TapSpots are configured in a single, easy to manage window. Simple pattern matching logic is used to recognize repeating text such as menus and function keys as well as other non-repeating strings and dynamically turn those matches into buttons. 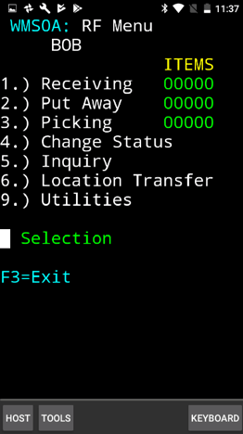 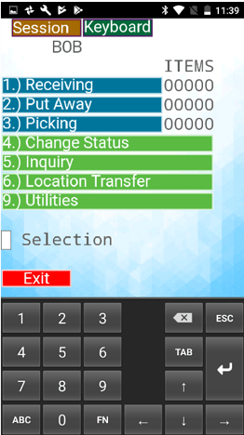 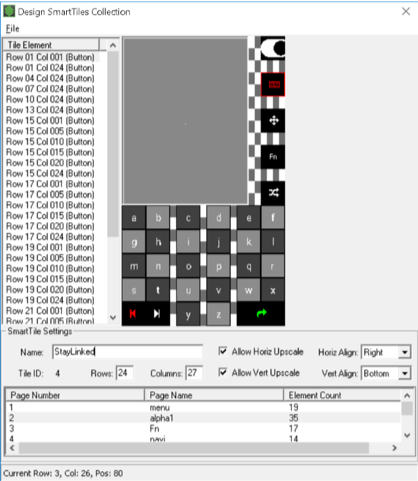 SmartTiles: Elements Appear Where They're Supposed To

SmartTiles can be easily created in the SmartTile Editor with text, colors and graphical font icons.

And because StayLinked adheres to the column and row layout, similar to that of a traditional telnet screen, your buttons will always appear. 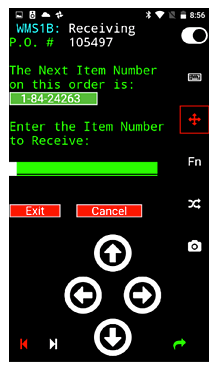 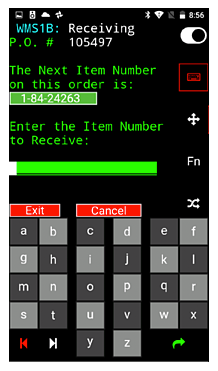 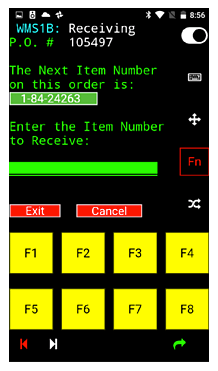 One Enterprise-Grade Server That Scales (Not Several Servers That Don't)

Everything you need for TE in your warehouse can be done with one StayLinked server. That means that installation is easy (less than 10 minutes) and maintenance is minimal. With StayLinked, upkeep is painless and inexpensive, and because it's tightly-integrated, administration is simple.

Your Terminal Emulation solution should be built with your production environment in mind. Session persistence is an integral component to the StayLinked architecture. Enterprise data is transmitted efficiently and securely. Session fidelity shouldn't be an afterthought.

StayLinked eliminates dropped sessions between the mobile device and the host application. Whether the problem is poor wireless network coverage, mobile device battery issues, or mobile device reboots, the terminal emulation session will never be lost. Sessions can even be transferred to another device or even shared across multiple devices. In fact, StayLinked can even maintain your session over cellular networks when coverage is temporarily lost.

Fair Licensing (Without an Additional Server)

If you are running Terminal Emulation using one of our competitors' approaches, odds are you are paying for licenses that are not in use. It's that simple. Unfortunately, with device-side licensing, the devices that aren't being used (devices sitting in cradles, devices that aren't working, device in lockers and drawers, and devices that are being repaired) are all unnecessarily using licenses you've paid for. This can be an added and invisible expense that many customers may not be aware of.