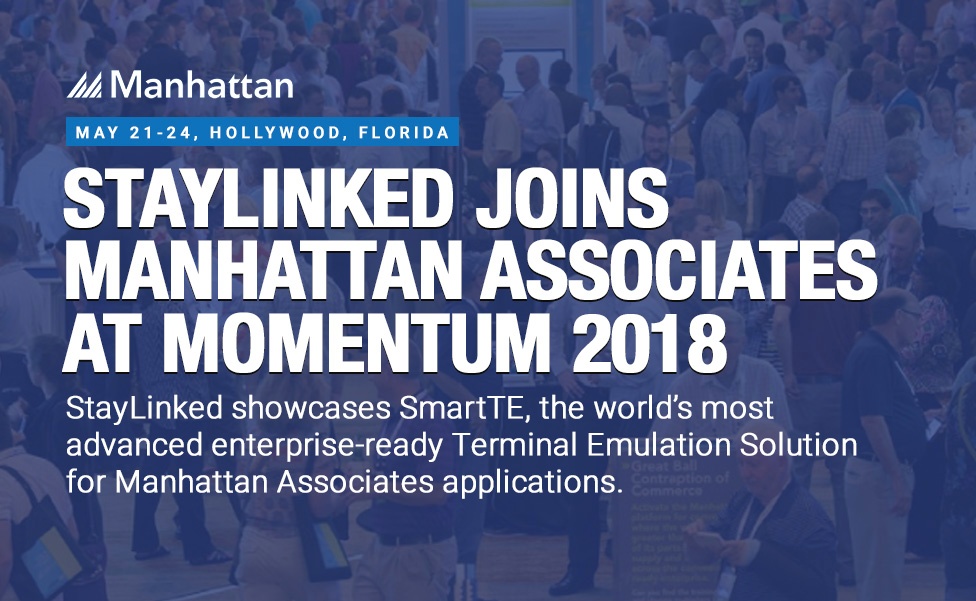 StayLinked CTO, Justin Griffith will be attending the Momentum event, and is excited to guide attendees through some of the exciting new features.  "SmartTE v14.4 increases the available options and ease-of-use of graphical elements making modernization easier and faster than ever," says Griffith. "And the Automation API delivers capabilities never before available in a Terminal Emulation product."

Smart Tiles: An innovative approach to the touch-only user experience

One of the key features on display will be StayLinked Smart Tiles, an easy-to-use, easy-to-implement capability which allows you to create and maintain custom keyboards, custom toolbars, or any collection of buttons at a layer above the application. Some of the elements you can implement with SmartTiles includes:

StayLinked iQ™: A Revolution in Warehouse Productivity and Beyond

As an innovative business intelligence tool designed with Terminal Emulation in mind, StayLinked iQ allows customers to accurately measure the productivity of warehouse operations by collecting, analyzing, and presenting device and worker information through an intuitive, browser-based console: Customers can see at a glance (and in-depth) how productive the warehouse is. It also enables you to diagnose and troubleshoot any inefficiencies due to worker inactivity, network outages, or a number of other issues you may not have known existed.

One of the compelling features emerging in StayLinked iQ is the worker productivity leaderboard, an easy-to-read list of workers who are the most productive as well as a list of workers who are experiencing the most issues on the floor. Customers can then use StayLinked iQ to diagnose and remedy issues of worker inactivity or inefficiency that may not even be the fault of the workers themselves, such as enormous travel distances between products in an order, or poor network coverage because of the remote location of a particular access point.

Only in StayLinked: Superior Single-Server Architecture