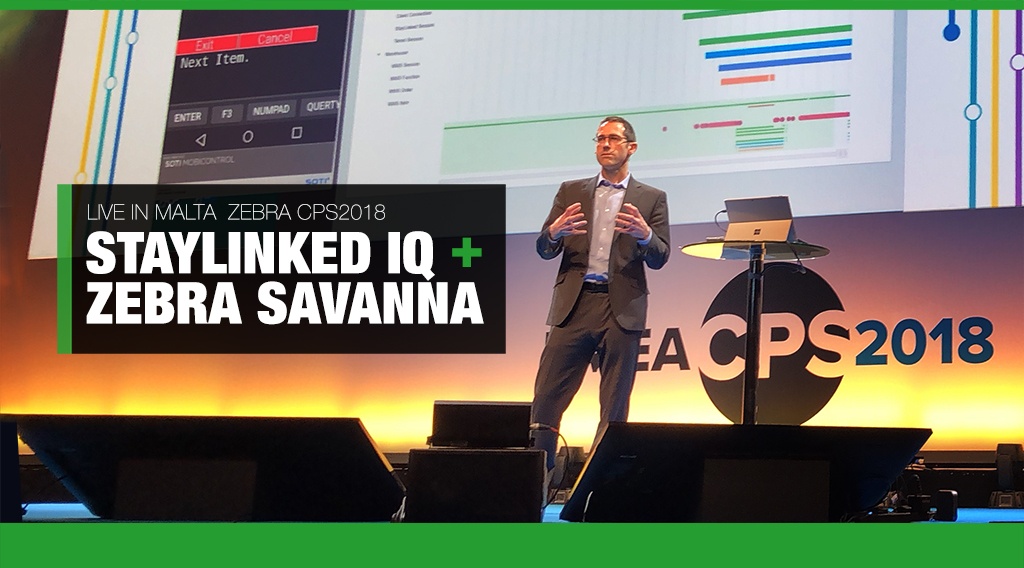 “Most Terminal Emulation environments have been starved of valuable information over the past 15 years,” says Regan. “Through our extensive work at StayLinked Labs, we were able to develop a robust platform that can provide customers with real worker productivity data and highlight what actions need to be taken to improve and maximize productivity. We were excited to be able to show the attendees (at Zebra EMEA CPS 2018 in Malta) real world examples of these device events occurring, but more importantly, why and how they were occurring.”

StayLinked iQ: A Revolution in Warehouse Productivity and Beyond

As an innovative business intelligence tool designed with Terminal Emulation in mind, StayLinked iQ allows customers to accurately measure the productivity of warehouse operations by collecting, analyzing, and presenting device and worker information through an intuitive, browser-based console: Customers can see at a glance (and in-depth) how productive the warehouse is. It also enables you to diagnose and troubleshoot any inefficiencies due to worker inactivity, network outages, or a number of other issues you may not have known existed.

One of the compelling features emerging in StayLinked iQ is the worker productivity leaderboard, an easy-to-read list of workers who are the most productive as well as a list of workers who are experiencing the most issues on the floor. Customers can then use StayLinked iQ to diagnose and remedy issues of worker inactivity or inefficiency that may not even be the fault of the workers themselves, such as enormous travel distances between products in an order, or poor network coverage because of the remote location of a particular access point.

“We’re now actively looking for customers, resellers, manufacturers, and anyone else in the industry to join us,” Regan says. “As a member of the StayLinked iQ Beta Program, successful applicants can take part in helping shape StayLinked iQ by test-driving the platform and letting us know what they think. This will help further shape what data we are able to deliver to the console. It’s a genuine opportunity for the industry as a whole to have a say in what information they need to see in order to deliver streamlined performance in a production environment. The ultimate goal of StayLinked iQ is to make our customers operations more productive.”