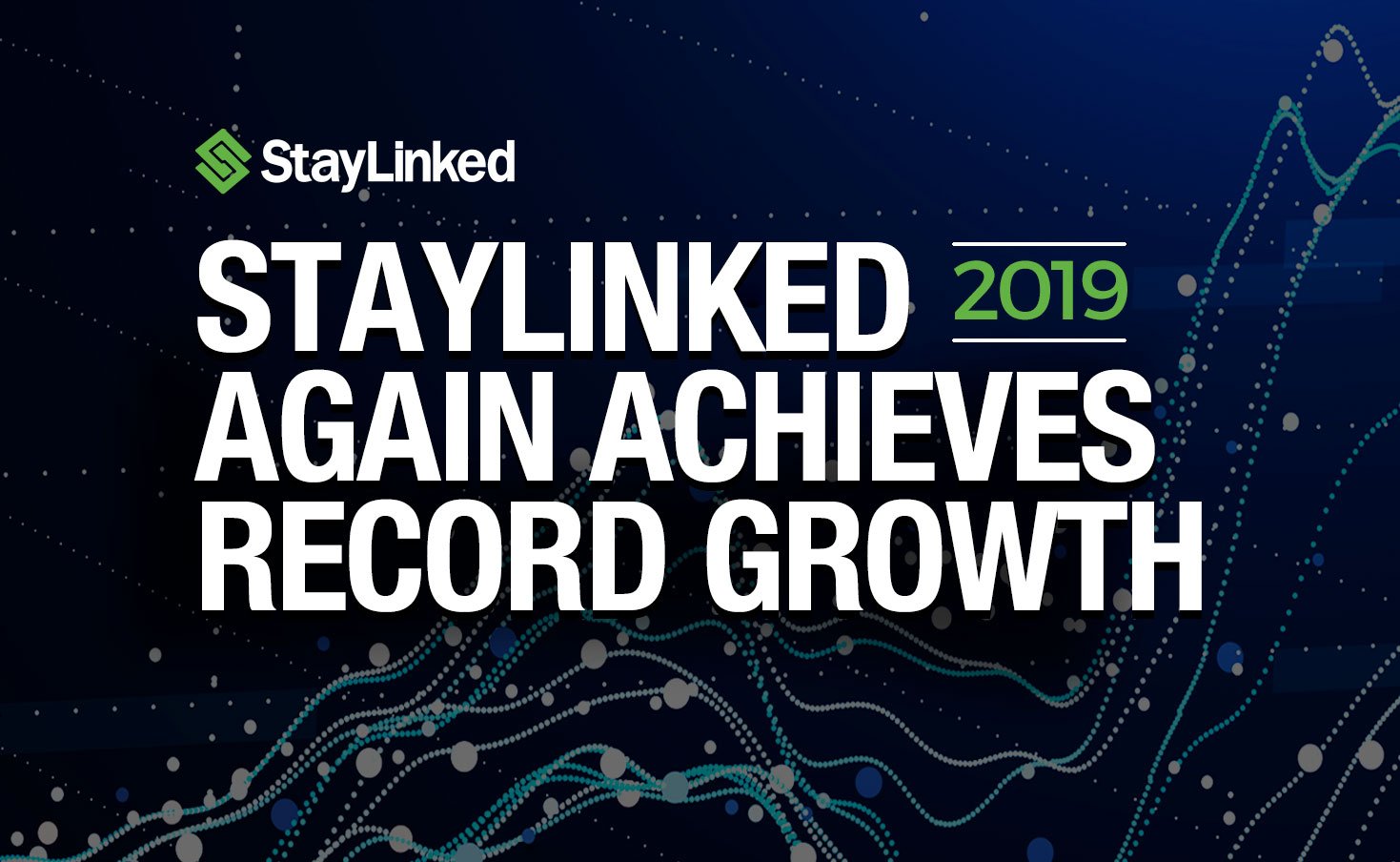 "Ron’s hiring comes in response to proven demand for StayLinked products around the world,” said Dan Hogan, President of StayLinked. “Companies are increasingly migrating from legacy terminal emulation to the reliability and security of the StayLinked architecture and Ron’s experience collaborating with partners and customers to help identify business needs is vital in increasing StayLinked’s growth around the globe.”

StayLinked also hired Robert Adcox and John Full­er, two well-respected technical experts from the two leading supply chain mobile device manufacturers. Robert Adcox is a Strategic Systems Engineer who has worked in the industry for more than 20 years and comes to StayLinked after a 9-year stint at Honeywell. John Fuller is a Senior Systems Engineer who has worked with digital systems for more than 30 years with companies such as Zebra, Motorola, Psion Teklogix, and Microsoft.

“Having these two talented systems engineers elevates StayLinked’s capabilities to new heights,” says Justin Griffith, CTO of StayLinked. “It can’t be overstated what the experience of Robert and John brings to our team, especially as we launch new products, such as SmartTEK.

Additionally, StayLinked announced further expansion in Europe with the hiring of Guido Grefen as Technical Account Manager. Guido was responsible for designing, implementing, and supporting the very first StayLinked installations in Europe while at Rodata, a value-added reseller specializing in AutoID. While at Rodata, Guido maintained strong connections with StayLinked for an extensive period of time, working with StayLinked and Psion Teklogix while the two companies were OEM partners.

“I’m really excited to be expanding the team again here in EMEA,” says Padraig Regan, General Manager, EMEA for StayLinked. “I’m delighted that Guido is joining us. Our team is the best in the industry and Guido’s knowledge and experience in this space are well-known and respected and he will prove invaluable in increasing StayLinked's growth in the region.”

“We continue to lead innovation in the terminal emulation space,” says Justin Griffith. “This is another opportunity for us to help users not only migrate from operating systems that are being phased out, but it’s also a chance for us to help customers extend the functionality of their applications and optimize their processes. We’re in a position to help customers quickly bring these entrenched systems into the new world of cutting-edge technology such as hardware automation, location awareness, and IoT sensor integration.”

As the former President of Worldwide Sales at Psion Teklogix, Ron Caines is quick to point out the benefits the StayLinked approach brings to TekTerm users. “Customers will be able to take advantage of their tried-and-true host applications in new and exciting ways,” he says. “And they will be able to accomplish this without any disruption to their current processes, or modifications to any of their host systems.

For more than a decade, StayLinked was the premier Terminal Emulation solution for Psion Teklogix (now Zebra) environments and we continue to offer the most reliable server-based solution on the market. We’re excited to extend and enhance TekTerm for Zebra’s Android-based mobile devices.”

"Our relationship with Honeywell has been incredibly valuable and has been an important part of our growth," says Jay Cichosz, StayLinked Vice President of Business Development and Marketing. "The ability to offer customers a licensed pre-installed StayLinked client has been critical in showing the market the powerful aspects of StayLinked's unified server architecture. To have that validated by the likes of Honeywell sends a powerful message to the industry."

About StayLinked
StayLinked is the proven market leader in Terminal Emulation for the supply chain industry and continues to drive innovation with the most advanced software solutions available for the warehouse. StayLinked enables our customers to easily migrate to state-of-the-art devices, measure and optimize productivity with cutting-edge business intelligence, and interface with ground-breaking technologies in the areas of automation, robotics, augmented reality, and location-based services. For nearly two decades, StayLinked has continued to deliver revolutionary software products with unparalleled customer satisfaction and world-class support to hundreds of partners and thousands of customers around the globe.

StayLinked Announces 2020 Partners of the Year